The smallest yachts that crossed the ocean

What do you need to buy your own yacht and go sailing around the world? Million dollars? Sailing rights? Someone just needs to be obsessed with ideas to sail the sea. A yacht can be built from scrap materials. There would be a desire.

One of the brightest travelers of our time, built a tiny yacht on the balcony of his apartment. Three times made the Around the World. The first time in the usual walking scamboat "Lena".

This voyage is included in the Guinness Book of Records. No one else, either before or after Gvozdev, dared to go out into the ocean on a pleasure craft.

The second time, Gvozdyev set off to circumnavigate the self-made yacht "Said" when he was 65 years old.

The yacht was so small that at the beginning of the large Pacific crossings, the supplies cluttered all the space. Gvosdev did not fit in the cabin, while the nights were left outside. The third journey failed to finish. A fearless sailing lover died during a violent storm near Naples. Friends remember that he always wanted to go to sea, as if he wanted to stay there forever. 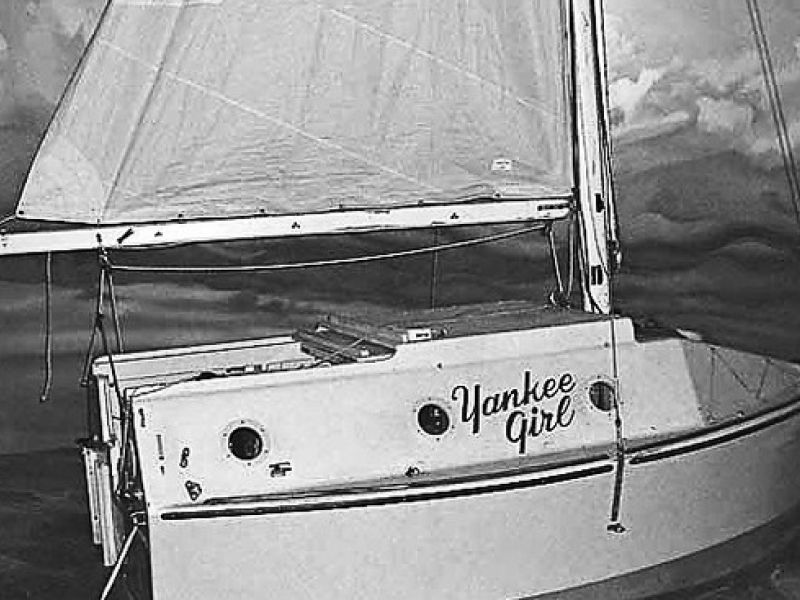 A school teacher from Minnesota from childhood dreamed of the sea. For seventeen years he had made drawings, built boats and walked on them, preparing for a great voyage.

At age 39, Jerry crossed the Atlantic on this sailing yacht in 53 days. Two years later - the Pacific Ocean.

Control of the yacht was never easy for him. Sleep problems, hallucinations, frequent storms, during one of his washes overboard.

After this, Spis stated that he was stopping long-distance voyages, because “it’s too hard to live on the edge 24 hours a day”.

He entered the Guinness Book of Records as the only person in the world who single-handedly crossed both oceans on a home-made yacht just 3.05 meters long.

In collaboration with Martin Brie, Jerry wrote the books "Was My Boat So Small?" And "Alone Against the Atlantic."

Australian of Italian origin made a round-the-world trip from Brisbane through the Panama Canal for 500 days on the sailing yacht Acrok Australia, which in Italian means “Australian thing”.

Testa built a boat according to the drawings that "appeared in his head." The construction took 200 kg of aluminum sheet. "Thing" turned out to be 3.6 m long.

Ahead of him waiting for the test. For weeks, non-healing wounds from sea salt, several groundings, four cyclones in a row and a fire in the cabin, which nearly led him to death. In spite of everything, after a three-year absence, tiny “Akrok” returned to Australia with a victory. And the journey of Testa described in the book, which he called so - “500 days”. 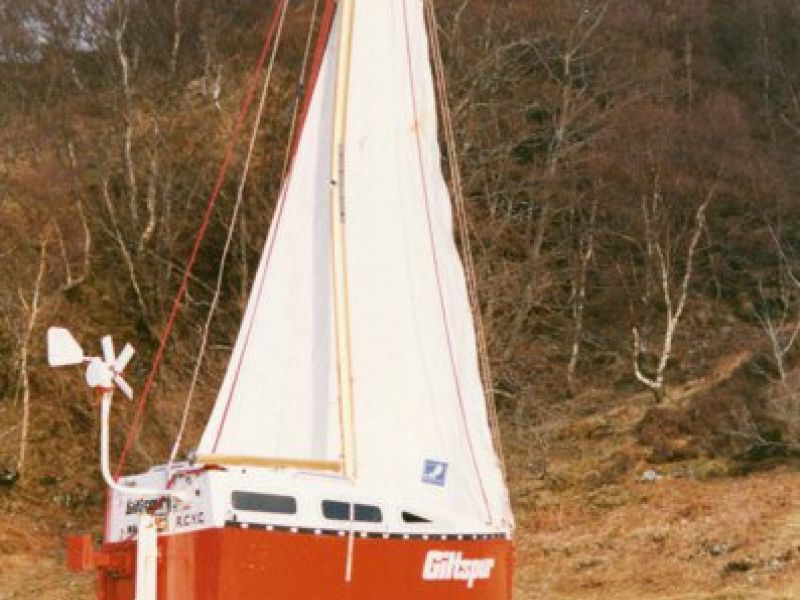 Famous English athlete and adventurer by nature, Tom Macklin went on the yacht Giltspur from Newfoundland (USA) to Falmouth (United Kingdom). The length of the yacht was only 2.97 m, and the transatlantic transition on it was a world record. A year later, Macklin using a chainsaw dokorachGiltspur is up to 2.41 meters. He managed to cross the Atlantic and beat his record.

#Yacht projects
No comments yet. Be the first!