This winter is devoted to completely replacing the engine and the elimination of the marriage allowed by Maxim’s carpentry, which I wrote about in the first articles about the rebuilding of the yacht.

In the first year of restructuring, it was discovered that the keel beam was rotten and had to be replaced. Then they did this by knocking it out and through the outside, a new keel was installed. As Maxim told me then, he was completely made it from oak, but in fact it turned out that only a part of it was made of oak, and a part was made of soft pine.

In addition, the big problem was that the keel was not installed properly - Maxim simply squeezed two sausages of sealant between the keel and the body in the hope that this would eliminate all the irregularities. Properly, it should be made of resin and fiberglass "bed" for the keel. The keel-body connection must be rigid, the sealant will not give this rigidity. In addition, large cavities appeared in the sealant, through which in the end water began to flow into the body. It was discovered last fall and then I decided to ask for help with a boat to another person who had just started to make a shipyard for the repair and construction of yachts in Kherson city. Now he has about half a dozen yachts for repairs and construction. His name is Roman, who needs it contacts - write via feedback or in the comments - I will recommend. 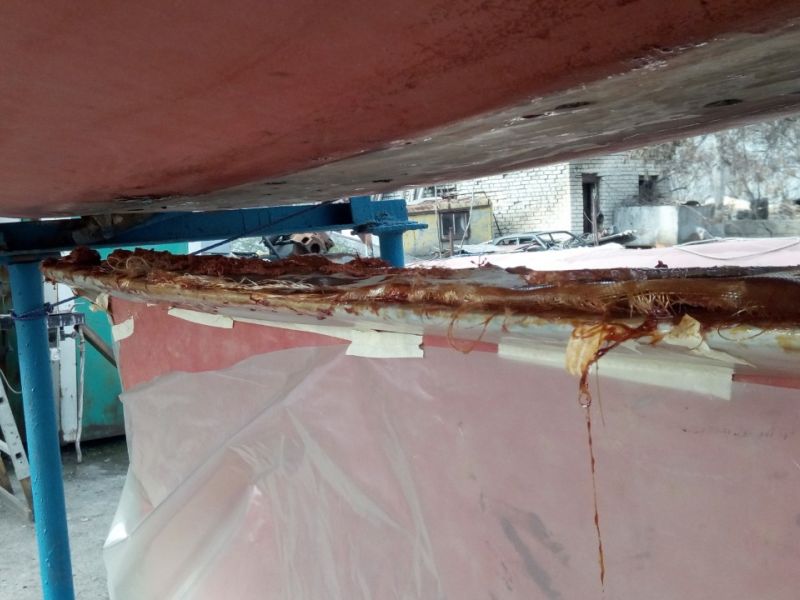 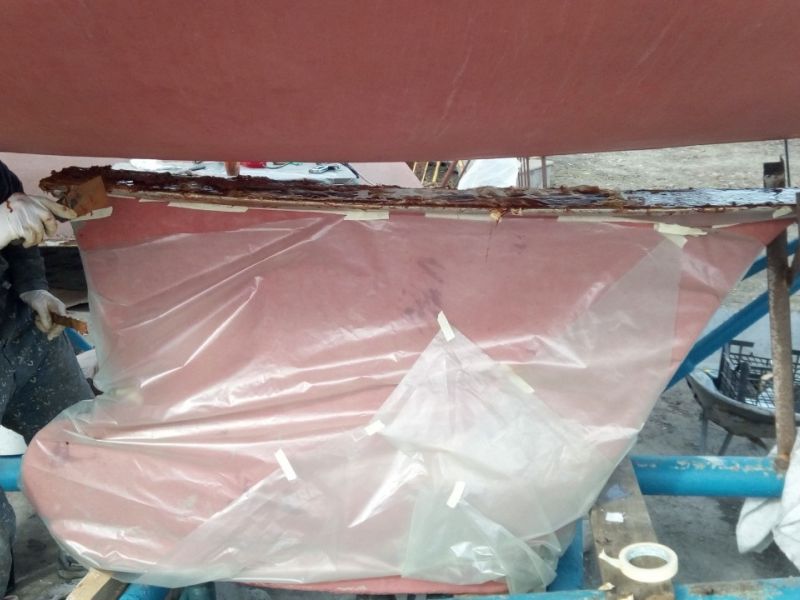 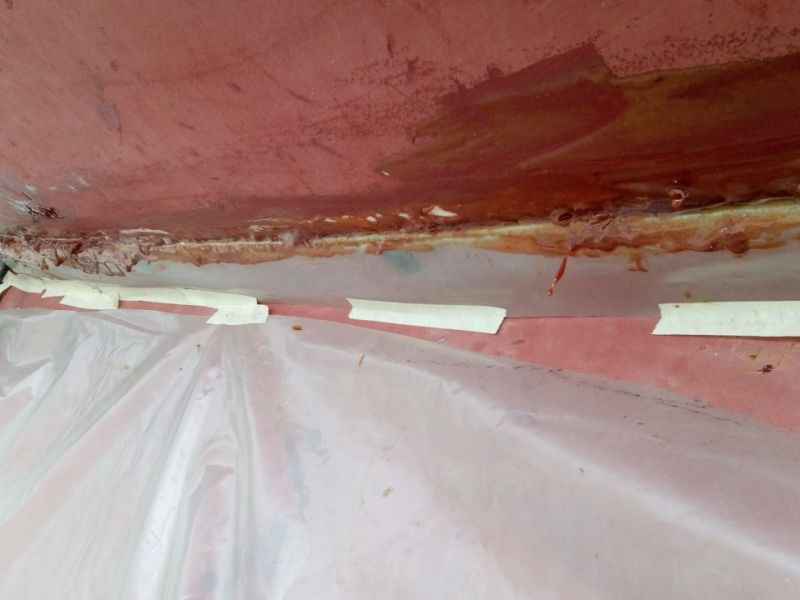 Of the problems, the anchor box builded by Maxim was not bad, but the hole for draining the water from it was a couple of centimeters higher than the “floor” of the box, and when water got there in winter and froze, the box was torn apart.

We will repair this.

Maxim can make furniture well, this is true, but he doesn’t have enough experience to build a sailboat and he doesn’t really want to spend his time studying this issue. For example, such things as deck hatches - he made 3 hatches for my boat and they all leaked. Despite the fact that every time before making the hatch, Maxim said that the new hatch would not flow. As a result, the plastic corporate hatch solved the issue with the leak, it was necessary to do it right away and not spend money on Maxim's attempts. Naturally replacing the leaking hatch at my expense)

We make new wash board: 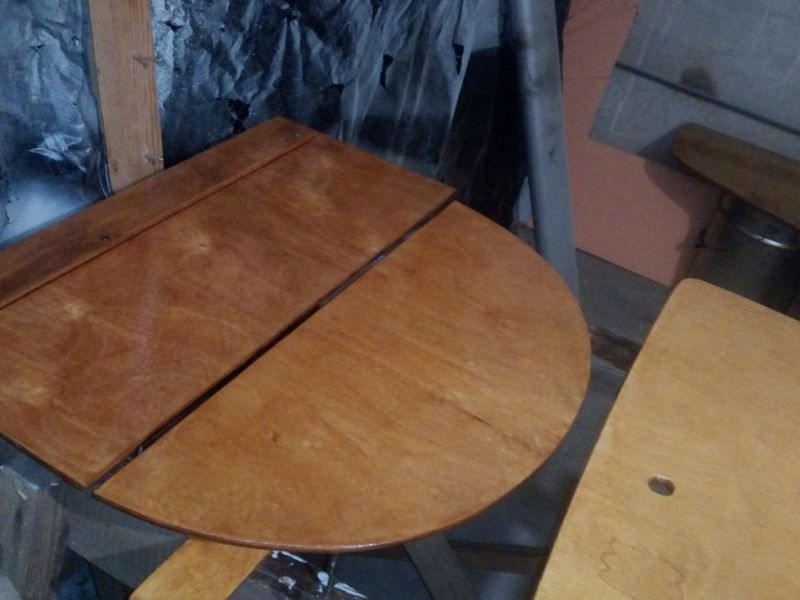 Installed and run a new engine: